“I watched birds, butterflies, dragon flies and plants from knee high. My father is a biologist, so I was spoon-fed my interest in nature,” relates Frank Aarts, Team Manager Ecology and Senior Project Manager. “The loveliest days were our annual outings. We set out early to drive from Veldhoven to Zeeland to watch the marine birds, coastal birds and seals. I just loved it.”

That is a long time ago and Frank has now been with the Ecology department at TAUW for more than fifteen years. That might appear logical when you know his interests, but he originally graduated as a geohydrologist, and his specialisation was in substrate water management. “When I went off to study, I was looking for a wide-ranging education and Earth Sciences seemed to fit the bill. During my studies, I used my optional course time to follow ecology subjects, but I arrived at TAUW thanks to my geohydrology internship.”

From my internship I was eventually offered a permanent job. “At the time, I shared my office as a geohydrologist with an ecologist and we hit it off straight away. That’s when I thought: I want to do what you do! I had never realised that I could find a job in something that I really enjoyed doing. Being in nature, walking and enjoying it all. At TAUW, it’s possible.”

Through the years, Frank has worked his way up to become the Team Manager Ecology and Senior Project Manager. The Ecology department has a forty strong compliment, and Frank as team manager supervises fifteen of them. In addition to this, he has both feet planted firmly on the ground in practice as a Senior Project leader. His projects can be roughly divided into two categories: projects that have to comply with strict nature legislation and projects with an intrinsic motivation, for example the improvement of biodiversity on dikes.

Self-development at your own pace

In his role as a team manager, Frank believes he is a good example of the growth that people can experience at TAUW. “I am someone who wants to have the feeling I can do something before I start out on it. Years ago, we had one team manager for the department and increasingly I wanted to be involved in reaching decisions, like what direction we wanted to take with the team. That informal leadership sat well with me. So when our department grew larger and I was asked to consider becoming a team manager, I was happy to oblige. I then became a team manager for fourteen trainees and that was extremely satisfying. It then occurred to me: ‘I am ready to become a regular team manager for the ecologists.’ The incremental path suited me perfectly.

Frank’s ambitions now focus on the impact he has on the world around him. “Self-development never stops. My personal development is an important side-issue, but it’s no longer the main issue. In my work at TAUW I want to provide high impact solutions, that for example restore biodiversity in the Netherlands. And that impact is increasingly a joint effort. TAUW continues to develop. We are increasingly involved with the question of how we can be meaningful in changing the system. And the young colleagues that are joining us at TAUW have the attitude: ‘We’re going to get this done together’. I think that’s a wonderful concept and this is where my ambitions now lie.”

Frank believes that TAUW is more than capable of delivering true impact. “We are big enough to count. Internationally, too, we are taking more and more steps. Most importantly, we share a mindset. And if I think just about my own team, I dare to claim that we have the biggest and highest-quality team of ecologists in our organisation. At the same time, TAUW is a very friendly and convivial consultancy. I am very sensitive to the atmosphere in which I work. I really feel comfortable here and I work with really nice people, so I don’t see myself going anywhere anytime soon.”

On top of all this, Frank gets to work on important themes on a daily basis. “Ecology and biodiversity are here to stay. Our clients, but also people in general, are extremely aware of this. All the reports on nitrogen emissions and insect mortality underline this. It can all be traced back to natural systems.”

“I want to pass on the importance of nature to my two children,” Frank continues. “Our  favourite spot for a holiday in the Netherlands is Texel, we go there a lot. We were there not long ago, and I asked my eldest: ‘What do you want to do?’ ‘Well, I want to get up early and go birdwatching with you'. I think that's so cool, because I used to be exactly like that. I love it that I am able to pass on interest in nature to the next generation." 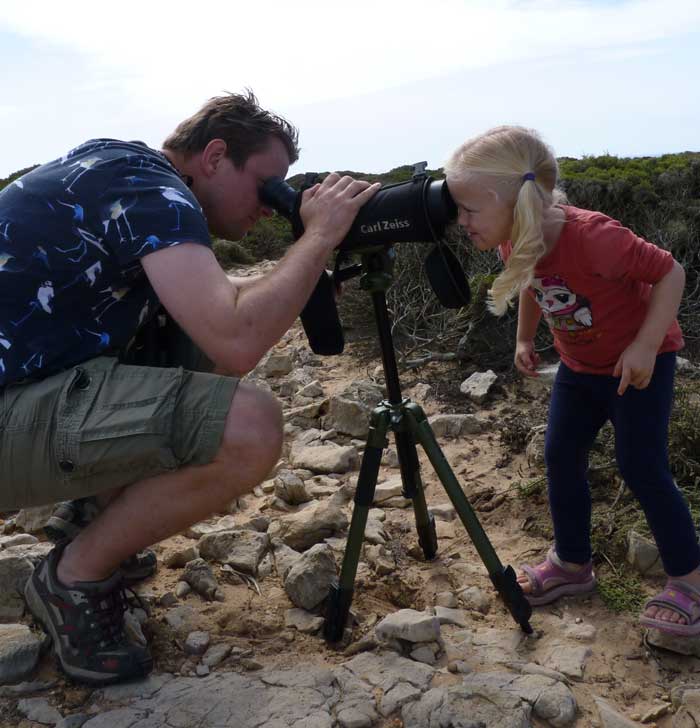